As Senior Account Director with Limelight Communications, Glenn has responsibility for developing and implementing effective public relations plans for various clients, and has been event manager for a number of client conferences including Dublin City Council, Dublin Institute of Technology, National Disability Authority and the Health Service Executive.

Throughout Glenn’s career in public relations, marketing and event management, he has established a reputation as a thorough, detail-focused professional. He has worked with the Irish Film Institute, the Dublin International Film Festival, and has collaborated with numerous companies on event co-ordination and PR campaigns.

His extensive experience has resulted in a detailed understanding of the film industry and arts and culture sectors in Ireland, along with a strong awareness of a broad range of media.

Glenn has experience creating large and small scale campaigns for a wide range of projects, from sophisticated and upmarket to off-the-wall and innovative PR plans.

Glenn has been responsible for numerous aspects of high-profile events, on both creative and logistical levels. These include one-off projects for the IFI, including its 10th anniversary celebrations, its annual “Open Day”, and its activities surrounding the ‘Millionth Customer’ promotion. He also spearheaded the re-branding of the IFI over a six month period in 2003.

As Programme Manager of the 2007 Dublin International Film Festival, Glenn managed the production of the Festival Brochure, along with securing and co-ordinating films from all over the world. The late Michael Dwyer, former Director of the Dublin International Film Festival and Film Correspondent of The Irish Times, described Glenn as “admirably organised and unflappable”.

Glenn is also a regular contributor as a film critic, is keenly involved in creative writing, and maintains a passion for music and the arts in general. 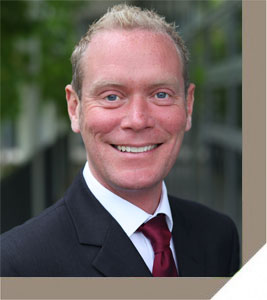