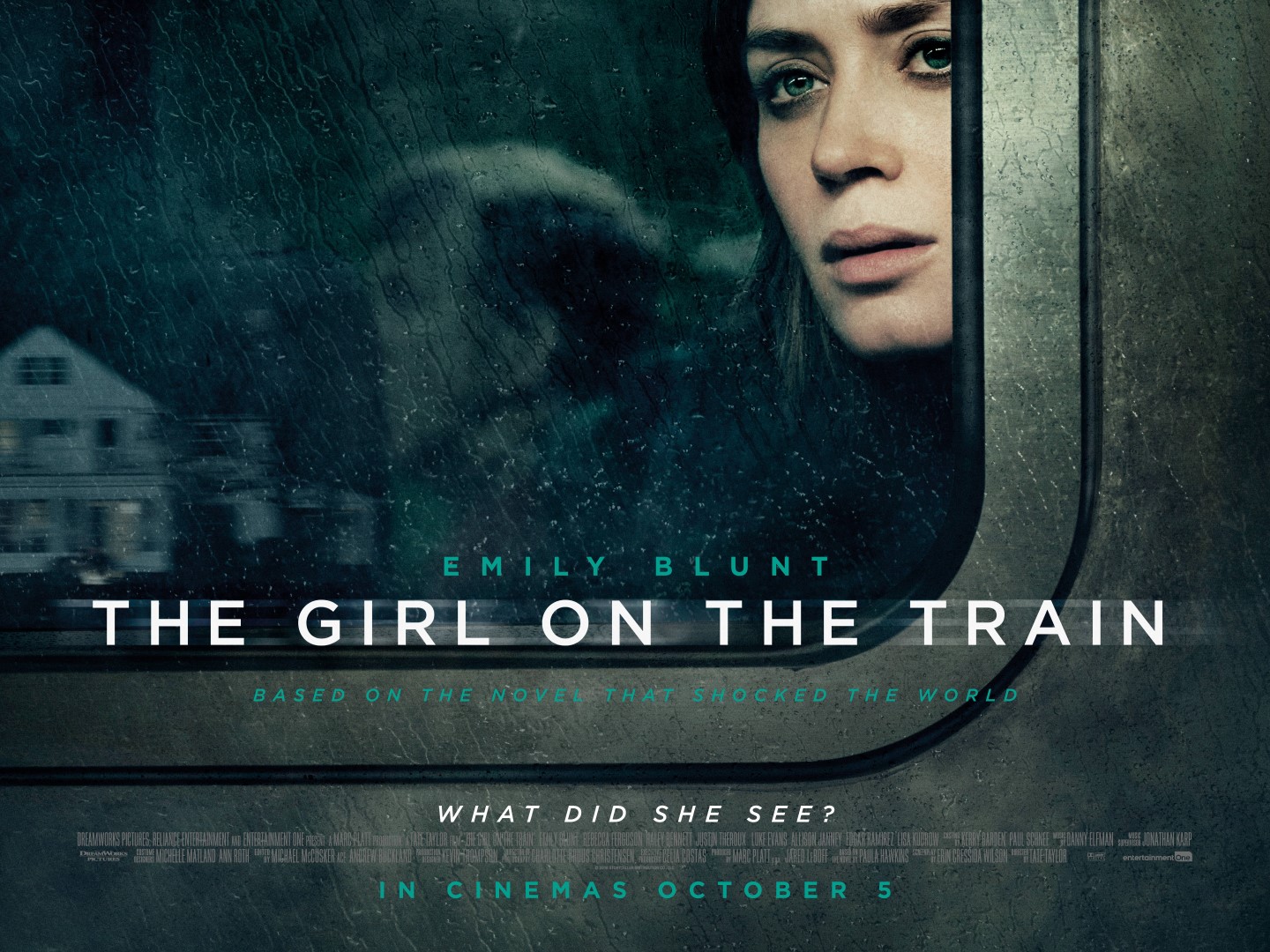 Devastated by her recent divorce Rachel Watson (Emily Blunt) is infatuated by the seemingly perfect couple she sees from her daily commuter train that runs past their house. One day she sees something shocking and in that moment, everything changes. Driven by intrigue, passion and suspense, Rachel has a chance to become a part of the lives she’s only watched from afar but to what lengths will she go to uncover the truth?

Based on the global best-selling novel by Paula Hawkins The Girl On The Train is directed by Tate Taylor (The Help) and has been adapted for screen by Erin Cressida Wilson and Tate Taylor. The cast includes Luke Evans (Fast & Furious 6), Haley Bennett (The Equalizer), Justin Theroux (The Leftovers), Rebecca Ferguson (Mission: Impossible – Rogue Nation), Edgar Ramírez (Joy), Allison Janney (The West Wing) and Lisa Kudrow (Friends).