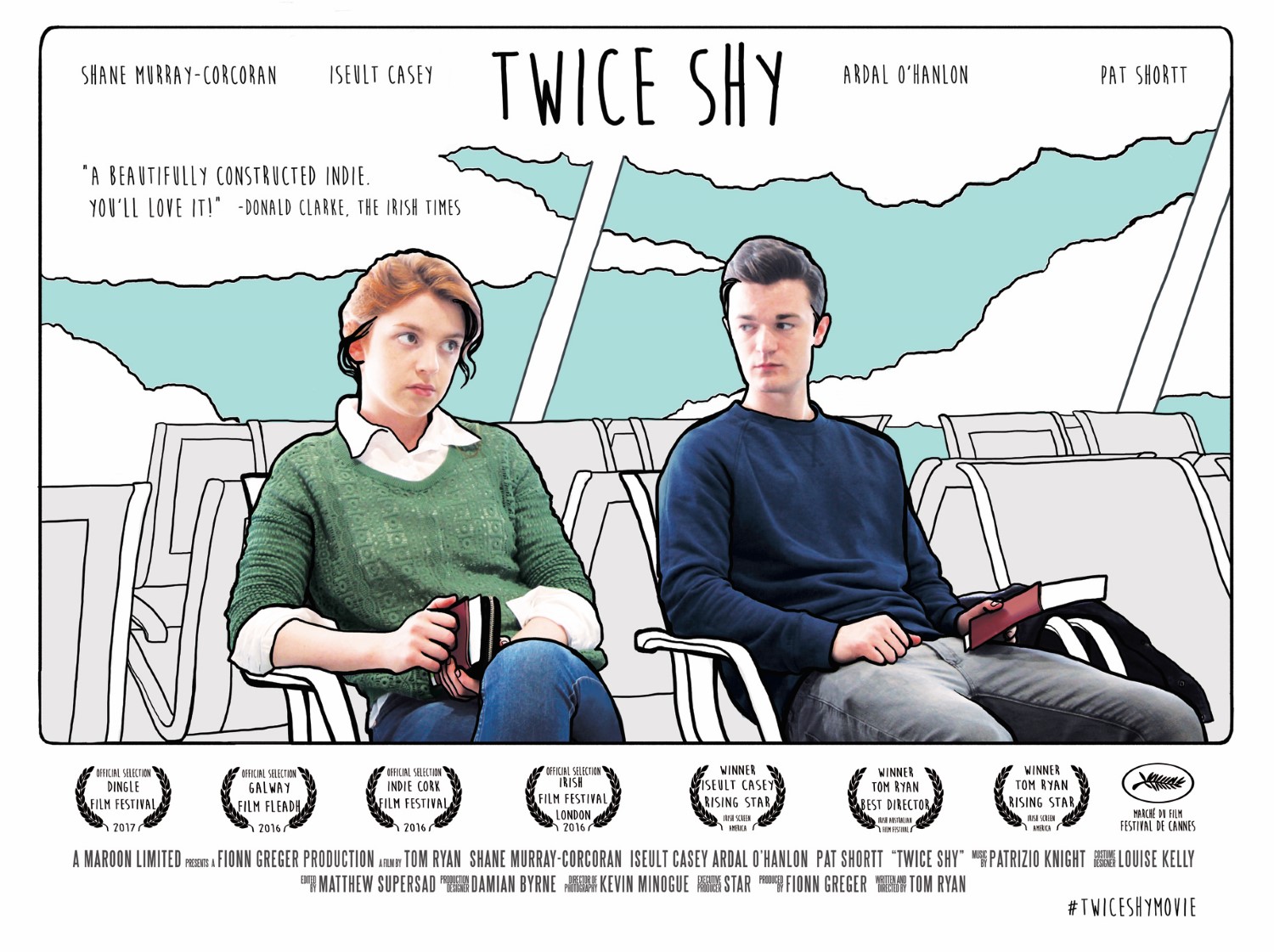 Twice Shy, the coming-of-age-drama written and directed by Tom Ryan will be released on Friday 23rd June.

Featuring Ardal O’Hanlon (Handsome Devil) and Pat Shortt (Garage), the award-winning Twice Shy follows the story of a young, unmarried couple played by Shane Murray-Corcoran and Iseult Casey, who set off on a road trip from Ireland to London as the result of an unplanned pregnancy. The film charts the ups and downs of their relationship by juxtaposing their dramatic journey to the abortion clinic with flashbacks to happier times in their romance.

The film boasts a soundtrack with some of Ireland’s top musical talents including Ash, Gavin James, Republic of Loose and The Corrs.

Produced by Fionn Greger who works at Amazon in London, it was filmed in Tipperary, Dublin, and London and has been screening at numerous film festivals across the globe since its world premiere at the Galway Film Fleadh last year.