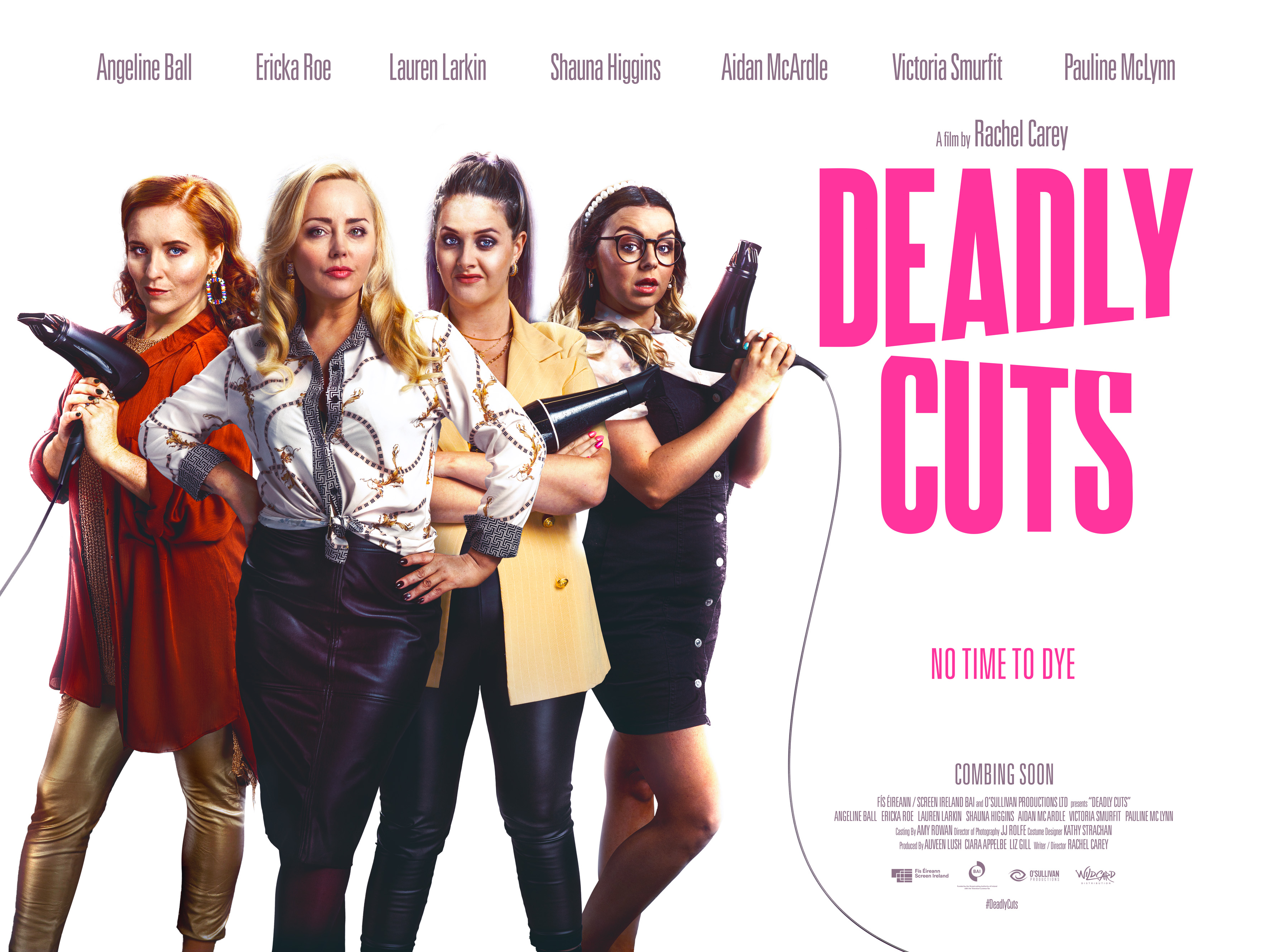 Wildcard Distribution have launched a teaser poster for DEADLY CUTS to coincide with the announcement that they have acquired the films Irish and UK rights and are planning a theatrical release in summer 2021.   The Dublin-set comedy is set to have its world premiere at the Dublin International Film Festival next March where it has just been announced as the Festival Closing Gala.

The comedy is the feature debut from writer/director Rachel Carey.  Speaking about the film’s theatrical release and world premiere, Rachel said “I’m thrilled that Wildcard will be bringing Deadly Cuts to Irish cinemas next year. I made this film because I’d felt for a long time that a Dublin comedy was well overdue – especially one that featured the style, wit, and occasional murderous urges of the Dublin young one – and I can’t wait for audiences to watch it fly.  As a film written for and about my home city, I couldn’t think of a more fitting place to launch it into the world than at DIFF 2021; and to be chosen as the Closing Gala film is a huge honour for all of us involved.”

Patrick O’Neill, MD Wildcard Distribution added “It is incredibly exciting for everyone at Wildcard to be working on Rachel Carey’s hilarious debut feature Deadly Cuts. This is one of the funniest Irish films I have seen in recent years with incredible comedic performances from the cast, and we can’t wait for a cinema audience to experience the adventures of this Dublin cutting crew in summer 2021!”

FORGET EVERYTHING YOU THINK YOU KNOW ABOUT VAMPIRES