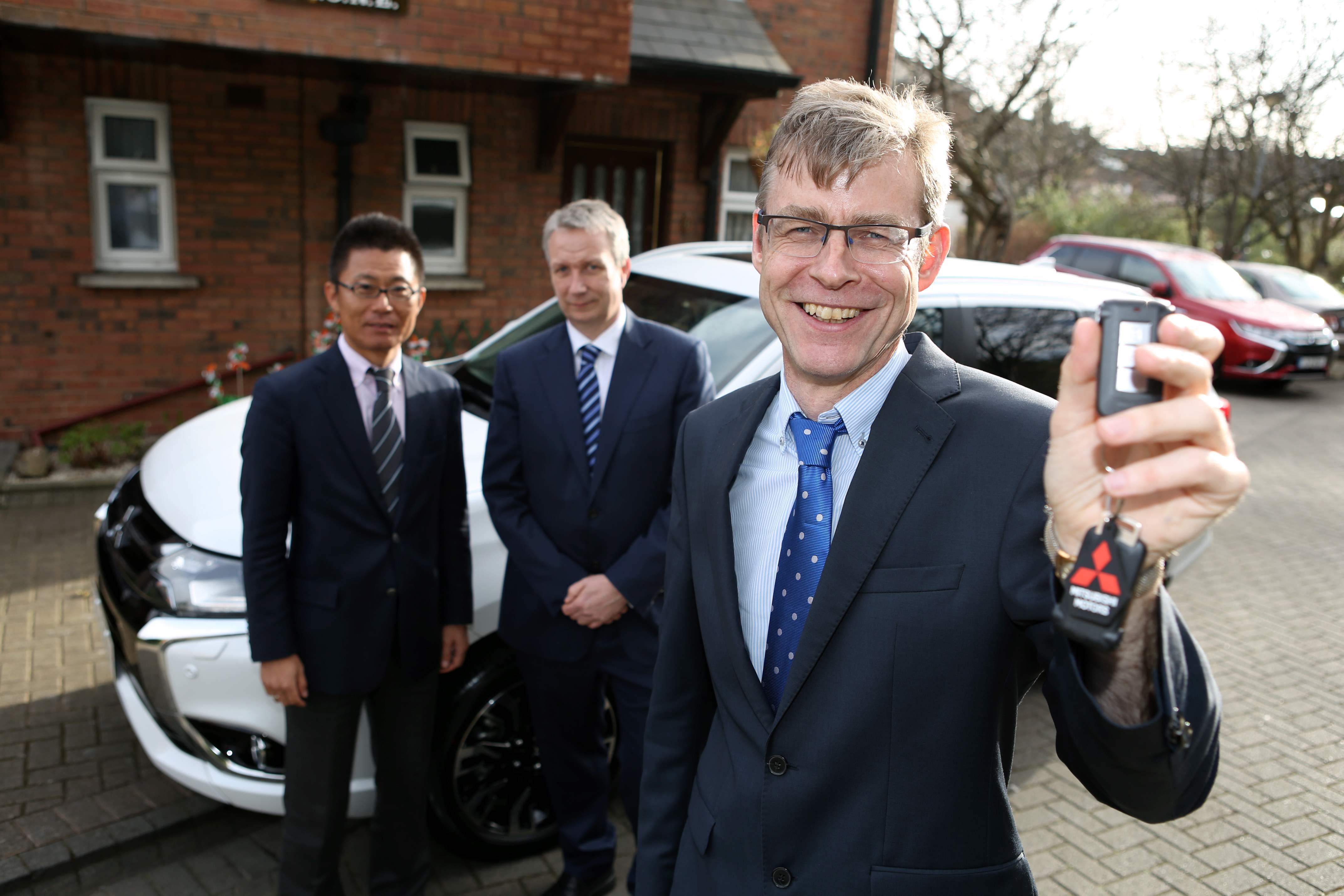 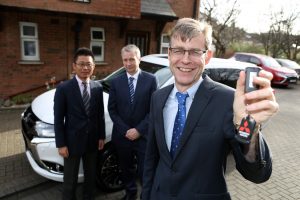 The electric car will be used by ALONE’s Support Coordinators to bring older people to hospital, GP and various other appointments, to make deliveries to older people’s homes and to travel throughout the country offering befriending training to other organisations, within the Befriending Network Ireland.

Sean Moynihan, CEO of ALONE, expressed his delight at the donation, “Thank you to ElectroRoute and Mitsubishi Corporation for supporting ALONE. This car will make an enormous difference to us in practical support, assisting us to provide various services to older people. We are thrilled that the team at ElectroRoute chose ALONE as their charity partner for this initiative.”

Commenting on the donation to ALONE, ElectroRoute CEO Ronan Doherty said: “To mark our recent partnership and our value of Corporate Responsibility to Society we are really pleased to offer a Mitsubishi Outlander PHEV to ALONE which this year celebrates 40 years supporting older people to age at home.”

Yoshinori Katayama, New Energy & Power Generation Division COO, of Mitsubishi Corporation, added “We are delighted that this car will be of practical use to the team at ALONE in providing its valued befriending, support, advocacy and housing services to older people throughout Ireland.”

In October 2016, the two companies announced a deal that saw Mitsubishi Corporation take a 60% stake in the Irish company. The deal allows ElectroRoute, which already trades across eight European markets, to continue to scale its operations internationally with the support of Mitsubishi Corporation’s extensive global network.

2017 marks 40 years since ALONE was founded by Willie Bermingham. Since then the charity has supported thousands of older people to age at home. ALONE works with those who have issues with loneliness and social isolation, lack of services, poor health, poverty, homelessness or housing.  ALONE provides Support Coordination, Housing with Support, Befriending and Campaigning services to hundreds of older people nationwide every week. ALONE’s services are quality approved and are delivered 365 days a year.

On your marks, get set… Go running in support of ALONE at this year’s VHI...