ALONE, the charity that supports older people to age at home, has today responded to recent publications from the Department of Finance regarding the State Pension with disappointment. The organisation disagrees with claims that keeping the state pension at 66 years of age is unaffordable, and said that limiting the increase in the state pension to €5 is ‘unacceptable’.

Published this week, the Department of Finance released the Tax Strategy Group papers, which proposed a €5 increase in the State Pension. In addition, the Department of Finance also published this week the ‘Population Ageing and the Public Finances in Ireland’ report, which suggests linking the State Pension age to life expectancy to reduce ‘cost burden’. 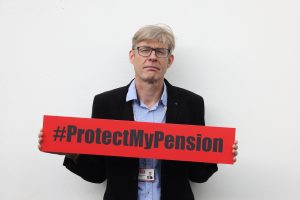 Responding to the publication, CEO of ALONE Seán Moynihan commented: “As an organisation we are still reflecting on the publications from the Department of Finance, however, initially we are disappointed at some of their proposals, particularly on linking the pension age to life expectancy and the proposed €5 increase to the State Pension.

“We do not believe that the pension age should be increased again and believe that this is a sustainable position. As highlighted by the Department of Finance, pension expenditure is set to increase from 7.4 per cent of GNI* in 2019 to 12.3 per cent in 2070, while age-related expenditure at the other end of the life-cycle, such as education, are set to decrease. Thus, adequate planning and provision would allow Ireland to avoid increasing its pension age.”

He continued, “Linking the pension age to life expectancy is also an unfair approach, it does not take into consideration the impact of labour-intensive jobs, such as construction, have on a person’s quality of life in older age. Working into our late 60s and beyond should be an option not an obligation.

“Lastly, there has been an unpleasant rhetoric when discussing the State Pension in recent months. Words like ‘burden’ are unhelpful, demeaning and hurtful. Older people are not a burden. They deserve more than a tokenistic €5 here and there. With an ageing population, there are both challenges and opportunities and we must plan and make provisions for the increase in the ageing population.

As part of ALONE’s Budget 2022 submission, the organisation has made the following recommendations on the State Pension:

Have a Laugh for Loneliness with ALONE this Christmas

ALONE, Gavin James and Bonfire team up for the launch of the charity’s ‘Now more than ever’ video campaign